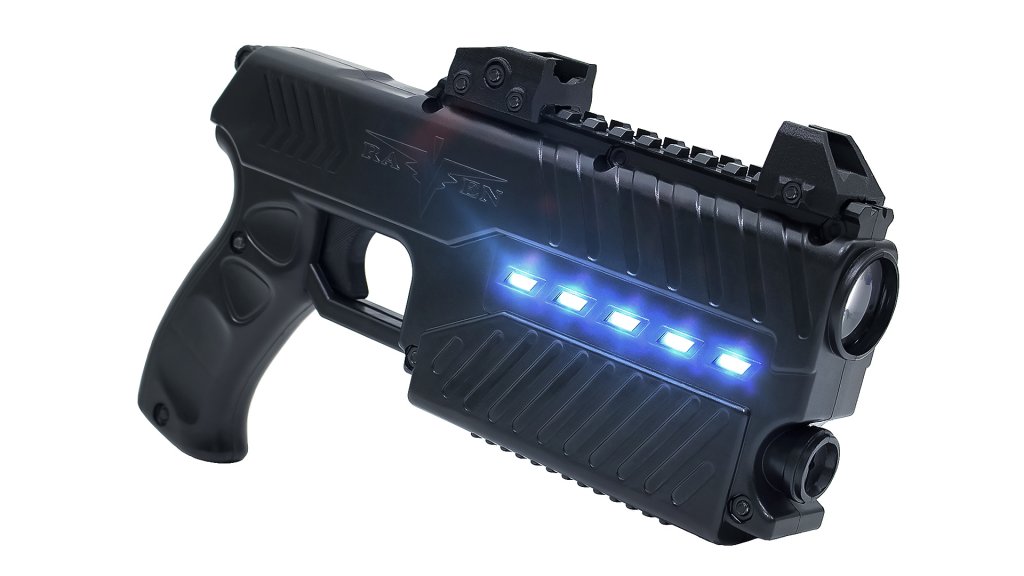 Hi friends, today we would like to tell you about a new version of our most popular RAVEN laser tag gun, called NOVA. The Raven NOVA is an improvement of the standard Raven, but with a set of additional options, similar to the Delta NOVA tagger. The new Raven is made out of weapons-grade plastic, which is a major advantage for its durability. The plastic itself is matte and has a nice rough texture. Additionally, NOVA version is equipped with rear and front sights. The main thing is a smart backlight with four operation modes:

The backlight itself isn't new, but don't forget that behind the modern Nova version there are years of improvements and refinements, and no less important, the separation of functionality in the classic Raven and Nova versions allows you to choose what's right for your laser tag club!